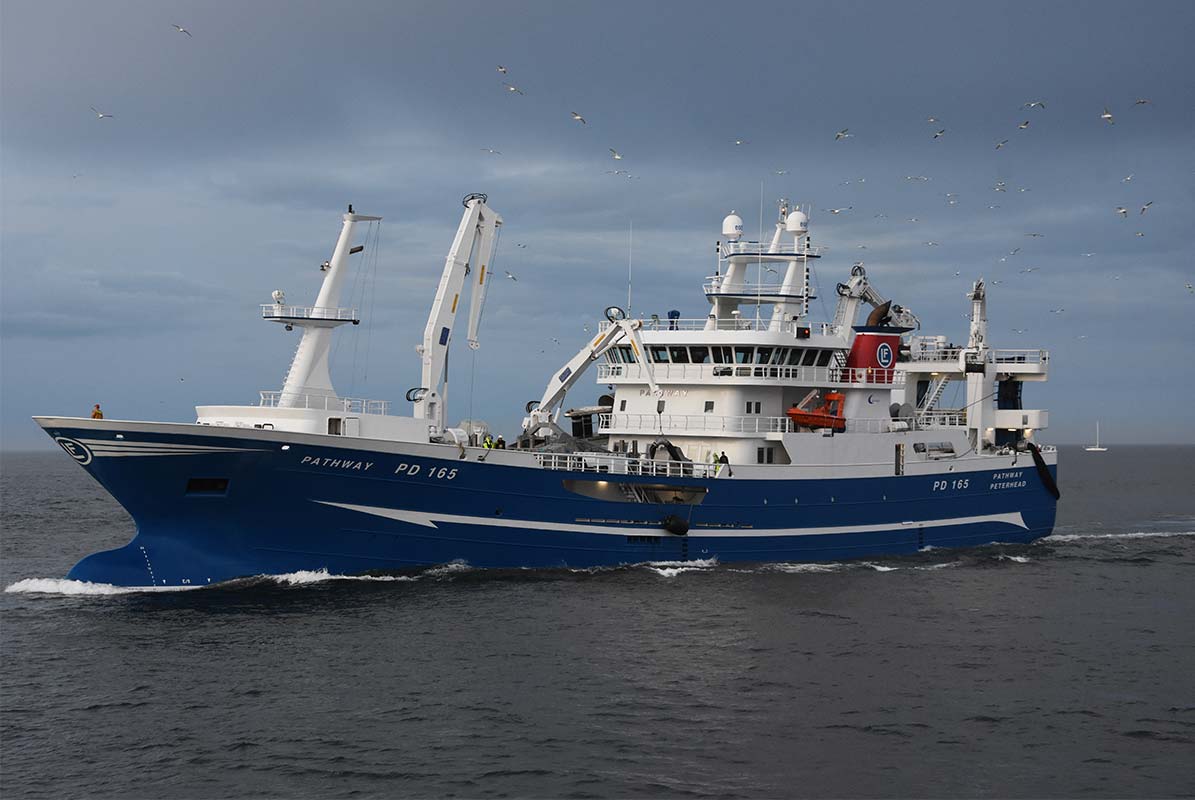 By Ian Gatt, chairman of the Scottish Pelagic Sustainability Group

The mackerel is a fascinating fish and a real nomadic wanderer, with their huge shoals taking them on vast annual spawning and feeding migrations that stretch from the south-west of Ireland and then right up into northern waters off Norway and Iceland.

They spend a good part of their time in Scottish waters, and as such, mackerel has become the UK’s most valuable catch, worth more than half a billion pounds annually and supporting many jobs, especially in the processing and support sectors.

But such far wanderings by mackerel brings an inherent problem in managing the fishery, with international participants needing to work collaboratively to ensure catch levels are sustainable. In the past this had been successfully achieved, with the main players involved in the fishery – the EU, Norway and the Faroes – sitting down together as mackerel coastal states to determine catch shares based on the latest scientific stock advice.

But this has all changed in more recent times due to the fish moving further northwards in their migrations due to environmental changes, resulting in Iceland, Greenland and Russia having all staked claims for a share of the catch by setting their own unilateral quotas outwith an international management plan.

This is resulting in unsustainable increases in catches – for example, this year Iceland set its mackerel quota at 107,000 tonnes in March, and then increased it to 140,000 tonnes in June. Such actions have resulted in the EU, Norway and the Faroes having to cut their catches to offset the unilateral activities of others.  It is very difficult for responsible coastal states comprising the UK, EU, Norway and the Faroes to set in place a comprehensive fishing agreement for sustainable catching when other nations are setting their own quota unilaterally and with no regard for the overall health of the stock.

Furthermore, in the last three years Iceland has taken half their catches in international waters, a long way from Icelandic waters, which perhaps tells its own story about the extent of the northward movement of the fish.  Such actions by Iceland and others are unsustainable and totally unjustified.

As such, Scottish fishermen and processors are calling as a first step to limit the mackerel that coastal states can catch in international waters to 10% of their respective quota, and then ultimately moving to a management regime where each coastal state can only catch their quota in their own fishing zones. We believe such a move would encourage a more responsible management regime, particularly because of the difficulties of monitoring and control in international waters.

The EU tabled a proposal to limit the level of mackerel catches in international waters at the North East Atlantic Fisheries Commission (NEAFC) AGM held in October, the body charged with managing fisheries in international waters, and while it has not been enacted upon, it is now being actively considered. At the moment, the contracting parties within NEAFC comprise Denmark (on behalf of the Faroes and Greenland), EU, Norway, Iceland and Russia. Under the constitution, if four of these members support a decision, then the rest have to abide by it. But at the moment NEAFC is one short of such a majority because of the intransigence of Iceland, Greenland and Russia. Interestingly, if Brexit goes ahead and the UK becomes an independent coastal state, then that voting dynamic suddenly changes, and there is much greater likelihood of sensible and pragmatic mackerel management in international waters being agreed.

At the moment, the most up-to-date scientific advice shows that the mackerel stock is in a healthy state and there is a good recruitment of young fish into the fishery. This is great news for the consumer, as it  means people can still buy mackerel safe in the knowledge that it is sourced from a fishery where the stock is flourishing.  But if the irresponsible actions of some countries continue, then this may no longer be the case in the future.

The only forward-looking approach is for all parties to engage sensibly and positively to ensure a healthy future for the precious mackerel stock. The time has now come for swift international agreement on a plan which achieves exactly that.