A pioneering, multi-partner international scientific survey to assess the status and composition of herring stocks to the West of Scotland has found that the area to the west of Melvaig, Wester Ross, holds some importance as a winter/spring spawning ground for herring.

The survey led by marine scientists’ Dr Steven Mackinson of the Scottish Pelagic Fishermen’s Association (SPFA), along with the Pelagic Freezer-trawler Association (PFA) and Marine Scotland investigated the composition of herring stocks on fishing grounds to the west of Scotland.

Using fishing vessels as ‘research platforms’, the survey used a combination of acoustic data and catch sampling to estimate the abundance of herring and investigate whether stocks in this fishing zone are different from those further south. Such data will then contribute to the international stock assessment process carried out by the International Council for the Exploration of the Sea.

As part of the survey, an investigation was mounted to assess the scope and scale of winter/spring spawning herring in some parts of the area. Since there is no directed fishery and only limited scientific surveying at this time of year, the status of the winter/spring spawning stock and their contribution to the total West of Scotland herring population is unknown.

SPFA member, Stephen and David Bellany of the Fraserburgh-registered fishing vessel Unity took to the water from 15-25 Feb in search of winter/ spring spawning herring.  Joined by scientific samplers from the Scottish Fishermen’s Federation and the University of Aberdeen, their mission was to map the distribution and relative abundance of herring and try to catch some spawning fish from which to take biological and genetic samples.

A large area was surveyed, and some spawning fish was found near Melvaig, but few herring in other areas. Biological sampling showed the herring from the three scientific hauls were different in length, the smallest east of Cape Wrath, and those at Melvaig the largest of them all.

The samples were taken back to the Marine Scotland lab where they will be analysed to distinguish differences from autumn spawners and herring stocks in neighbouring areas.

Dr Mackinson said: “Due to constraints on resources, there is often a shortfall in information from marine scientific surveys carried out by national governments.

“It therefore makes good sense for the fishing industry to contribute to the scientific process. The scope of the activities of our fishing boats, and the wide sea area they cover, offers the ideal platform for collecting relevant marine data that might otherwise not be possible.

“There is evidence from the past that the area off Melvaig was used by herring as both a spawning and nursery area, and our survey would seem to indicate that this is still the case.

“The information we have gathered will help contribute to understanding the structure and health of the herring stocks in the area, and its relevance to establishing the effective rebuilding of the herring population and the development of fisheries management plans to aid this process.” 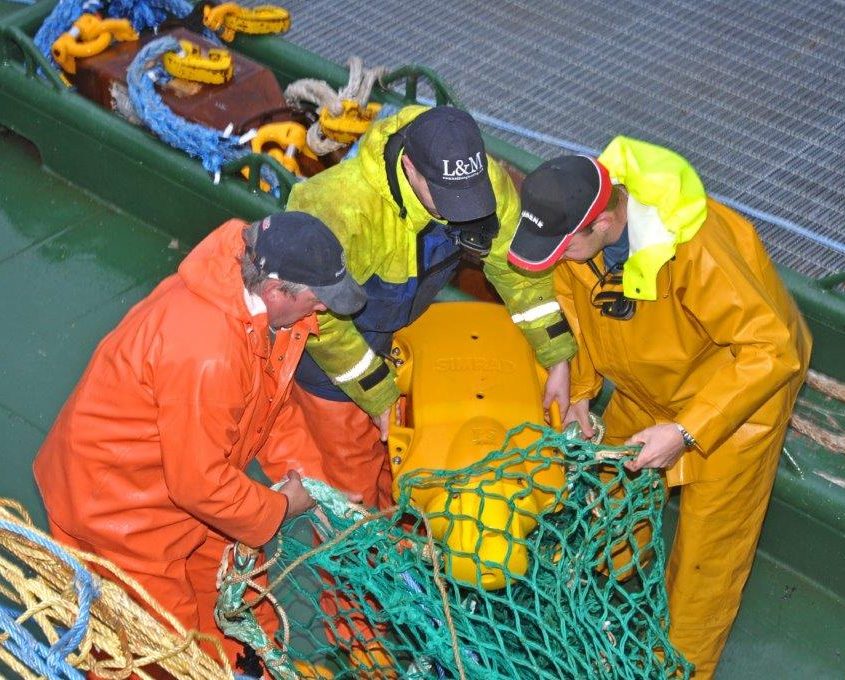 Fishermen and scientists working together for a common aim