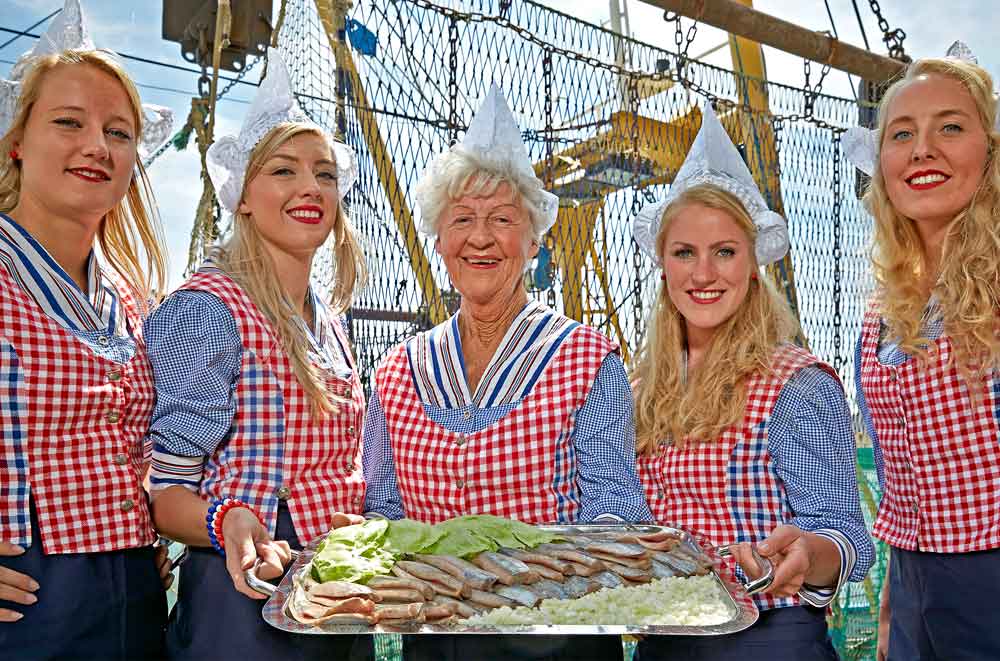 Robert Duthie, Chairman, Scottish Pelagic Processors Association, explains why herring is so iconic to Scotland and how it is one of the tastiest fish around

With the summer North Sea herring season now well underway, Scottish boats are currently working their traditional fishing grounds in search of the “Silver Darlings” – a fish that is steeped in our tradition and the catalyst responsible for the development of many of our fishing communities.

The importance of the humble herring to Scottish society and its cultural and economic development is immense, with there being evidence of herring fisheries in Scotland from Medieval times onwards.

The herring boom of the 19th century led to the Scottish fishing industry becoming the largest in Europe and by the early years of the 20th century it is estimated there were over 10,000 boats fishing for herring alone.

However, the decades that followed was not an entirely happy period and over-exploitation led to a complete closure of the herring fishery in the late 1970s and early 1980s to enable the stock to recover.

The stock bounced back, and herring are once more abundant in the North Sea, and even more crucially, are being fished sustainably. Indeed, the North Sea herring fishery has now held the prestigious Marine Stewardship Council (MSC) ecolabel for over 10 years, confirming its status as being a responsible and well managed fishery.

Our Scottish-caught fish is also in much demand in several parts of the world, most notably The Netherlands, Germany, Poland and the Baltic states. One of the most interesting markets is the Dutch one for ‘maatjes herring’ – a premium product consisting of the first summer-caught herring of the year. These herring have a high fat content, and feature plump, deep bellied body profiles associated with fish that have yet to use any of their body resources for reproduction. To be classed as maatjes, the herring must also have a rich stomach content.

These whole, raw and ungutted herrings are then lightly brined, where they ‘ripen’ in a process taking between one day and seven days. Enzymes from the pancreas and the salt in the brine help mature the raw herring, delivering its distinctive taste.

In The Netherlands, maatjes herring are revered and special festivals are held to mark the start of the season. Many consider a maatjes to be at its best when filleted in front of them at the point of purchase and eaten immediately, tail first.

Once Scottish vessels have landed their herring catch into Peterhead, those fish destined for the maatjes market, are quickly processed and transported by road and ferry to Koelewijn Haringinleggerij BV, a large Dutch fish processor, with many retail customers.

Philip de Graaf, the Marketing & Sales Manager of Koelewijn explains: “Our maatjes herring is a tradition that makes the Dutch people proud. Hollandse Nieuwe and Dutch maatjes herring are traditional specialities with EU protected status, that is charactarised by its traditional quality.”

While it is fantastic to see the Dutch enjoying our herring so much, it is a pity that the fish is no longer held in the same high esteem here in the UK. Indeed, at one time the arrival of fresh herring in the shops used to be as great a feature of summer as finding fresh strawberries.

But with awareness of locally produced food now higher than ever, hopefully UK consumers will regain their enthusiasm for herring in the years to come, given that these sustainably caught fish are extremely tasty and healthy to eat. Herring are incredibly nutritious, packed full of minerals, vitamins and omega 3 fatty acids that are so important for heart health.

They are also very versatile in the kitchen, making a great barbecue treat or fried in the traditional way, coated in oatmeal. Smoked herring – kippers – make an excellent breakfast, and there are a wide range of marinaded herring products on supermarket shelves, which are the perfect accompaniment to salads.

Our Scottish caught herring really is a fish that ticks all the right boxes –  sustainable, nutritious, delicious, and great value for money. If you haven’t tried herring for a while, why not take try the summer season’s fish? I reckon you’ll be in for a pleasant surprise and won’t look back when it comes to ensuring it features as a regular staple on your menu.

Tasty, healthy-to-eat and sustainable – new herring season gets under...
Scroll to top