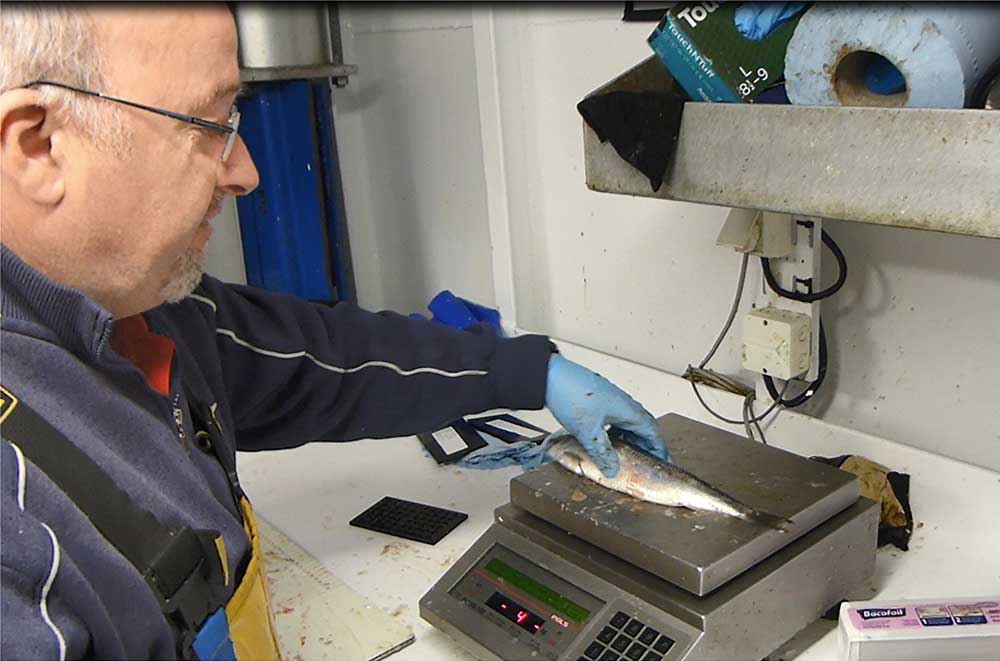 Climate change and how it affects our environment is one of the most talked about topics of our times, with it likely to have a whole range of significant impacts on our everyday lives both now and into the future.

According to the latest special report on climate change from the Intergovernmental Panel on Climate Change, we are already seeing the consequences of one degrees Celsius global warming caused by human activity such as loss of sea ice and desertification. The trend is predicted to continue with future warming estimated to reach 1.5 degrees Celsius between 2030 and 2052.

Such temperature rises may not seem like much, but for the sensitive marine environment it can be the catalyst for driving significant change in the distribution and abundance of fish and other marine life. Not only do such changes have the potential to harm the marine ecosystem, it also impacts upon food security at a time when seafood is the primary source of animal protein for an estimated one billion people.

I recently attended, and presented at, a scientific lecture and discussion event in Aberdeen on climate change and the impacts on fish distribution and production, with a particular focus on its implications for Scottish fisheries. Hosted and organised by the University of Aberdeen as part of a week-long international scientific workshop,  and funded by Fisheries Innovation Scotland, experts from the UK, USA and Australia gave their own perspectives of the research they are involved in and how it is impacting upon marine life.

The conclusions were compelling – whether it be Alaska, Tasmania or the UK, perceptible change is happening in our marine environment. In  UK waters, this is resulting in the trend of fish species such as cod moving northwards,  while warmer water fish such as red mullet are coming in from the south, arriving in areas where they were previously scarce. But the presentation and workshop also highlighted the scientific challenges of disentangling climate effects from other causes, and importantly, how science and management might respond to them.

The presentations particularly highlighted the importance of ensuring that we have sound data to monitor these changes, which in turn can hopefully lead to management measures that mitigate their impacts. This is one area where Scotland’s mackerel and herring (pelagic) fishermen are beginning to play a lead role by ensuring that their vessels are used as research platforms to carry out scientific research work.

Two years ago, I was appointed by the Scottish Pelagic Fishermen’s Association as its Chief Scientific Officer to co-ordinate research and data collection using fishing vessels. In essence, my role is to act as a bridge by bringing science to industry and industry to science.

For the Scottish pelagic sector there is a lot at stake with climate change, given that mackerel and herring have an established global trade that helps ensure food security as an affordable protein in many parts of the world. Scottish fishermen have invested heavily in modern vessels, and processors in the latest equipment, to ensure a high quality product that can be delivered to market in the shortest possible time.

Such investment in efficiencies has resulted in Scottish mackerel and herring delivering a much lower carbon footprint than other forms of protein production such as beef, lamb, pork and chicken.

But as well as distribution and abundance, there are other impacts climate change can have on marine life. Metabolic theory predicts that changes in the ‘living costs’ of fish can affect growth, with fish becoming smaller on average over time as waters warm. For the fishing sector, fish size and supply hit prices, and high prices affect profit and investment, as well as the ability to compete with other fishing interests.

There is the ecosystem impact too from climate change  – both mackerel and herring are food for other marine creatures and are predators in their own right. Changes in their abundance or distribution related to warmer seas can potentially have significant knock-on effects for the rest of the marine environment.

All these are compelling reasons why the Scottish pelagic industry is so keen to roll up its sleeves and become involved in scientific research to help us better understand such changes. Engaging and investing in science by becoming first-hand providers of scientific information demonstrates a commitment by our fishermen to sustainable and responsible fishing.

From 2018 onwards the Scottish Pelagic Fishermen’s Association, NAFC Marine Centre (which is part of the University of the Highlands and Islands) and Marine Scotland Science are working collaboratively with the pelagic fishermen to design and test a scientific self-sampling scheme to help fill-in gaps in our knowledge.

During the testing phase, a selection of vessels will collect samples of fish length and weight for every haul during the fishing seasons for mackerel, herring and blue whiting. The time and location of catches, and environmental data such as water depth and temperature will also be recorded. Analyses from the pilot study will be published in scientific literature and used to finalise the design of a self-sampling programme to be implemented across the Scottish pelagic fleet. A great start has  been made with data from the 2018 herring and mackerel fishing seasons already being processed. This self-sampling work contributes to a much larger scientific project called PANDORA (www.pandora-fisheries-project.eu), which aims to improve the quality of fish stock assessments by including new biological information.

Committed to engaging in this kind of research, it is the vision of the Scottish Pelagic Fishermen’s Association to be respected providers of scientifically credible data that can be used to asses fish stocks, monitor changes in the ecosystem and support management decisions.

We do, after all, have a special responsibility to maintain fisheries for the health of our society – both in terms of food security and for the overall benefit of the marine environment.

Climate change impacts on fish distribution and productivity: Implications for...

Disappointment over MSC mackerel suspension, but work in progress to evaluate...
Scroll to top